Separating fact from fiction regarding the Cimmerian people. 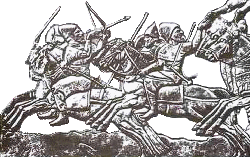 The date is some time around 714 BC. The place, Nineveh, seat of Sargon II, great king of Assyria and the most powerful ruler in the Middle East. As Sargon sits on his throne, contemplating grave matters of state, he is suddenly roused by his herald announcing the arrival of one, two, many messengers, who emerge into the flickering firelight and breathlessly bring tidings from the north.

Urartu, a powerful state based around Lake Van in the Armenian Highlands and a near-constant thorn in the Assyrian side, had suffered a momentous defeat at the hands of a previously-unknown foe: the Gimirrāya. The king, Rusa, had retreated to his heartland with his tail between his legs, while many of his best generals were either dead or captured. The Gimirrāya had launched a devastating counter-offensive, reaching as far as Uishdish to the south-east of Urartu.

The beleaguered Rusa soon fell into a deep depression, as panic consumed Urartian society. They knew that these Gimirrāya had presented a wonderful opportunity to Sargon, one which he would be only too happy to take advantage of.

Meanwhile, perhaps a decade or so later and at the other end of Anatolia, a blind poet regales the great and the good from across the region of Ionia at their new sanctuary, built upon the ruins of destroyed Melie. His subject are the travails of the great, wise warrior-explorer Odysseus, who, like this poet, once sang of his woes on the high seas, which took him as far as the gloomy underworld itself. Near to this place of no return stood a city, home to the ever-benighted Cimmerians. 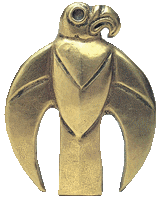 Whether the correspondence between the names of these two peoples is a mere coincidence or based on earlier tidings of this people is unclear. What is known is that the Greeks came to regard the Cimmerians (the Gimirrāya, not necessarily Homer's darkness-dwellers) as migrants from north of the great Caucasus range. As this intrepid people sent out its explorers and colonists, a number of stories were developed and monuments and earthworks ascribed to the Cimmerians, who were reported to have been chased out of the area north of the Black Sea by the invading Scythians. This is, to an extent, borne out by archaeology, which interprets remains of an early "Scythian" type as evidence for the Cimmerian presence in the Near East.

However, once they had ensured their foothold on the southern flank of the Caucasus, they proved willing and able to make their presence felt. The Assyrians, ever watchful for novel means to improve their military forces and their tactics, incorporated Cimmerians, or troops arrayed in Cimmerian fashion, into their armies, even though the Cimmerians became an ever-increasing bugbear to Assyria's north east. Their initial expansion into Uishdish had led to their settling in the area of Mannea, where they were still to be found lurking in the second quarter of the 7th century BC. Šubria, west of Lake Van, was menaced and places as far south of Parsuā and Ellipi were within their long reach during their alliance with the Medes under Kashtariti.

THE CIMMERIANS IN ANATOLIA

The Cimmerians, though, launched their most successful campaigns in Asia Minor. They were already a menace as early as 679, when their king Teušpa was repulsed and killed by Esarhaddon's Assyrian forces at Ḫubušsnu, probably on Assyria's western frontier.

Once in Anatolia, though, the Cimmerians emerged as a major power, sacking Sinope on the coast and ending the independence of the Phrygians and menacing as far as the Greek colonies in the west. Though temporarily stymied by the Lydian ruler Gyges, enigmatic Assyrian texts hint that the Cimmerians had, by this stage, achieved a level of power to rival that great empire.

It seems as though Phrygia, domain of the legendary King Midas, said to have taken his own life when the Cimmerians took his capital of Gordion, was made tributary in about 675. Thereafter, Phrygians, under the rubric of Mushki, appear as allies of the Cimmerians in their exploits in Tabal and Hilakku, regions in south eastern Anatolia in which they made their homes.

This period saw the rise of the new Mermnad dynasty in Lydia, a region of western Anatolia whose capital, Sardis, soon became a target for the Cimmerian king Dugdammē, known in Greek sources as Lygdamis. An initial assault in about 665 or 664 was repulsed by the Lydian king Gyges with the aid of the Assyrians under Ashurbanipal, though Gyges soon asserted his independence.

Dugdammē, for his part, likely turned his attentions back towards the south east, and may have held sway in parts of Syria, for by 657, Assyrian auguries seem to have regarded the Cimmerians as the pre-eminent power in the region.

Sardis was eventually sacked, and Gyges killed, in around 643, a period in which the Greeks of Ionia were also hard pressed by the Cimmerians. The temple of Artemis at Ephesus was razed and Magnesia on the Meander besieged. Inhabitants of the coast fled to the islands for up to three years while the Cimmerians enjoyed free reign. The city of Antandros, to the north of Lydia, was a major Cimmerian centre, bearing the name Cimmerida.

However, Ashurbanipal would once again provide a decisive intervention. Dugdammē's efforts to conquer Melid led to a military disaster and he was briefly forced to seek vassal status, which was broken in short order. Assyrian-Lydian relations were also resumed by Gyges' son, named in Greek sources as Ardys.

Suffice to say that, by 640, Dugdammē was not a well man. Assyrian sources describe his final illness in prurient detail leading up to notices about his demise in Tabal and replacement by his son Sandakšatru or Sandakuru.

With Dugdammē's demise, the Cimmerians' power was greatly diminished. Notices about a second sack of Sardis in 637, in which they likely played a part in alliance with the Lycians and the Treres, a Thracian people, under a king Kobos, would represent their last hurrah.

Their old enemies the Scythians under Madyes, son of Bartatua, were enjoying their own ascendancy, which saw them briefly eclipse the Medes and threaten as far as the borders of Egypt. It is Madyes who is credited with ending the Cimmerians as a major force in Anatolia, with the great-grandson of Gyges, Alyattes, also inflicting a decisive defeat. Rejecting Herodotus' dates for the Lydian kings, this event can be tentatively placed in about 630.