Home » History » Being human: the story of us and how we got here

BEING HUMAN: THE STORY OF US AND HOW WE GOT HERE

The story of our species, Homo sapiens sapiens, our migrations and our achievements during the Upper Palaeolithic. 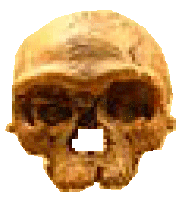 THE APPEARANCE OF HOMO SAPIENS IN THE FOSSIL RECORD

The emergence of our species, Homo sapiens, took place at the earliest around 350,000 years ago (ya), and likely involved the merging of populations from eastern and southern parts of Africa. The earliest fossil evidence comes from Jebel Irhoud, a site in modern-day Morocco east of the city of Safi on the Atlantic coast. The remains found at the site are those of people who lived around 315,000 ya. Amazingly, these individuals share strong affinities with the bearers of the Aterian and Iberomaurusian culture who dwelt in the region from about 150,000 years ago until as recently as 11,000 years ago. 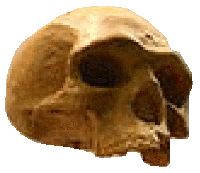 The earliest divergence in the species between groups still extant at the present time occurred some time between then and 260,000 ya, with the emergence of the ancestors of the Khoi-San peoples of southern Africa. They likely moved out from east Africa over some period of time, with some of their descendants retracing their forebears' steps between 120,000 and 75,000 ya. At around the same time, the first foragers were beginning to eke out a living in central Africa, bequeathing some of their genes to the modern-day "Pygmy" peoples. The Florisbad Skull from South Africa, at around 259,000 of age, attests to the presence of early members of H. sapiens who lived their lives along the southern coast of the continent. Much later, the Blombos Cave furnishes early evidence for art by our species in the form of geometric designs on slabs of ochre from about 77,000 ya. Adornments such as beads are older still, being found in contexts dating to 130,000 ya in Morocco. Long distance trade was also in place as early as 320,000 ya, with obsidian a key resource.

West Africa presents a more complicated picture, with our species potentially sharing the region - and mixing - with archaic humans between 130,000 and as recently as 12,000 ya, particularly with a species which diverged from our lineage between 1 million and 360,000 ya. Central Africa too had a population of archaic humans, who separated from the H. sapiens line about 700,000 ya, who interbred with ancestors of the Biaka Pygmies and San some 35,000 ya. Yet another early hominin, which diverged from our line between 1.3 and 1.2 million ya, have left genetic material in various hunter-gatherer populations such as the Baka Pygmies and the Hadza and Sandawe of Tanzania more than 40,000 ya.

OUT OF AFRICA: THE ABORTIVE FIRST WAVE 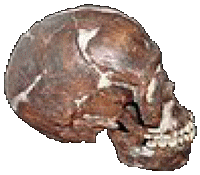 By 200,000 years ago, H. sapiens had followed in the footsteps of the ancestors, H. erectus, and migrated out of Africa, leaving evidence for early activity in the Apidima Cave, Greece. Apidima 1 (LAO 1/S1), an early representative of H. sapiens, was found in Greece and dates from around 215,000 ya. These early pioneers of our kind shared their environment with another species of our genus, likely late representatives of H. heidelbergensis (Petralona 1) and appear to have been replaced in their range by Neanderthals: Apidima 2 (LAO 1/S2), from around 170,000 ya, is a younger fossil from the same cave. H. sapiens may also be attested as far as Tamil Nadu in India: the Laterite Baby, from around 190,000 ya, could, however, also be a representative of H. erectus.

The Levant was also populated early by H. sapiens, only for a later replacement by, or subsumation into, H. neanderthalis: Misliya-1 is the earliest fossil, from as far back as 187,000 ya, with remains from Qafzeh and Skhul dating from around 100,000 ya. Neanderthals appear between 140 and 120,000 ya in the form of the Nesher Ramla Homo and Tabun C1, and later, between 60 and 50,000 years ago (Kebara 2, a.k.a. Moses; Amud 7); Manot 1, a H. sapiens fossil, is contemporary with them. Amud 1 is the youngest Neanderthal fossil from Israel, dating from 41,000 ya.

These early H. sapiens likely migrated via the Nile Valley into the Levant at various times, with other migrations crossing the Bab-el-Mandeb Strait to the south of the Red Sea and tracking along the coasts of Arabia, reaching the Persian Gulf before 125,000 ya. It is likely that these early people did not travel in large numbers and assimilated into bands of archaic humans through the passage of the ages.

The more recent migration of the ancestors of all non-African humans took place at around 70,000 ya, in the wake of the Toba eruption which possibly caused the demise of many of their earlier kin.

THE EARLY SOUTH ASIANS AND PROTO-AUSTRALOIDS

One of the earliest groups whose descendants are still present to this day were the so-called "Proto-Australoids." These early Australoids - a group incorporating the indigenous populations of Australia (Australian Aboriginals, native Tasmanians and Torres Strait Islanders), the Papuans of New Guinea, the Melanesians, the Andamanese, the so-called "Negritos" (including certain groups among the Orang Asli of Malaysia, the Aeta and Ati of the Philippines and various indigenous South Asian population groups, as well, perhaps, as some South Arabian populations - have been present in the region for over 50,000 years.

THE ANCIENT EUROPEANS AND NORTH EURASIANS 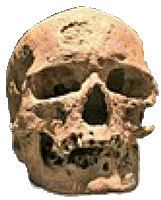 Humans of our species reached Europe some time afterwards, interbreeding with and ultimately replacing H. neanderthalis on the continent. They arrived around 45,000 ya and the Neanderthals disappear from the record within the following 20,000 years.

The earliest people to populate the Siberian region after the Denisovans separated from the Western Hunter Gatherers of early Europe around the end of this period, are represented by the remains of two Upper Paleolithic cultures. The Mal'ta-Buret' culture lasted from about 22,000 BC to 13,000 BC and is found in the region of the upper Angara River west of Lake Baikal. Mal'ta Boy (MA-1) lived towards the beginning of this time period, and died at a young age. Phenotypically, his appearance was similar to that of modern inhabitants of eastern and north-eastern Asia. Genetic evidence suggests that the population to which he belonged contributed to the ancestry of both the Eastern Hunter-Gatherers of Europe (and, by extension, modern Europeans) and, in combination with the Early East Asians, the Native Americans.

Other remains were discovered at Afontova Gora on the Yenisei River. The people here had links, both cultural and genetic, with the Mal'ta-Buret' people. Human remains from this culture include Afontova Gora 2 (AG-2), a male individual who lived around 15,000 BC who was more closely related to Native Americans than the Han Chinese, and AG-3, a girl who died at about the age of 15 about 300 years after AG-2. Interestingly, she carried an allele associated with blondism among Europeans.

THE ANCIENT EAST ASIANS AND BERINGIANS

Members of the peoples of North Eurasia had contacts with the early populations of East Asia, who appear to have been of the Ainu type (Y-haplogroup C) and the more common phenotype associated with this region (Y-haplogroup D). This mixed people, who emerged about 25,000 ya, took advantage of lower sea levels to settle in Beringia, between Russia and Alaska, from where their descendants would move east to populate the Americas, whilst also re-occupying Beringia at the expense of the Ancient Beringians. The Ancestral Native Americans and Ancient Beringians diverged around 20,000 ya.